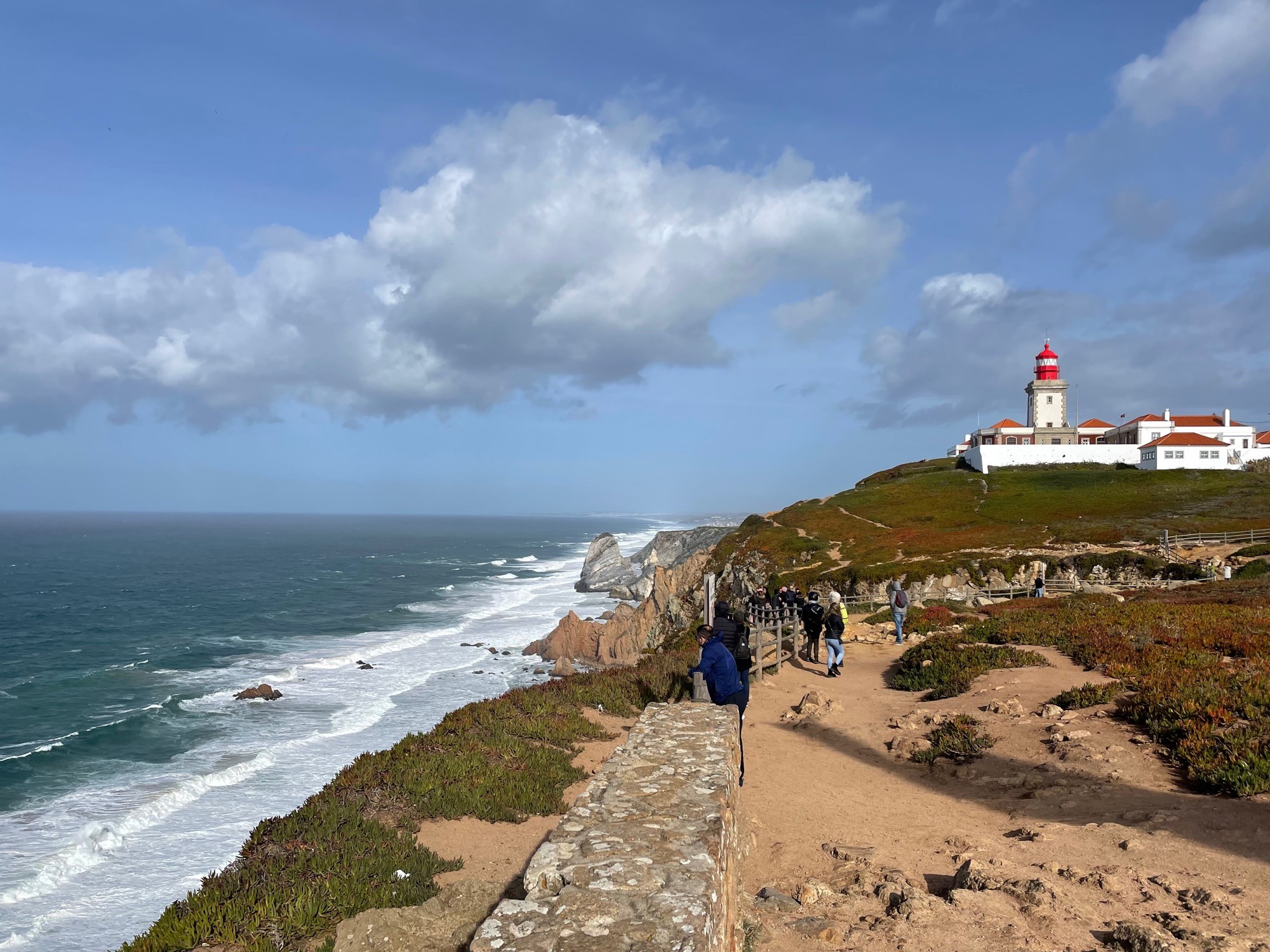 This wild and rugged promontory is the westernmost edge of the ancient eruptive Serra da Sintra.

“The wind howled, the sea heaved against the near-vertical cliffs, and the sun set with a sizzle into the ocean. I was standing, or trying to, at the most western point of the entire Eurasian land mass. I fancied I could feel the immense weight of that mass of land pushing against me, pushing me toward the white-capped waters far below. What a contrast with the green-topped Cliffs of Moher in County Clare, Ireland. Standing on their grassy heights, I had felt lulled by the rhythmic repetition of dark stone meeting foaming tide. They felt serene and timeless. This—this just felt fierce. Fierce and awesome.” —Elyn

Located at latitude 38º 47´north and longitude 9º 30´west, this wild and rugged promontory is the westernmost edge of the ancient eruptive Serra da Sintra, the Monte da Lua, the Mountain of the Moon. This is the place where the mountain has been worn down over millennia, where it tumbles into and under the sea. But it is more than that: Cabo da Roca is the most western spot not just of continental Europe but of the entire Eurasian land mass. It is finisterra, the end of the earth, where the sun sets into the sea. 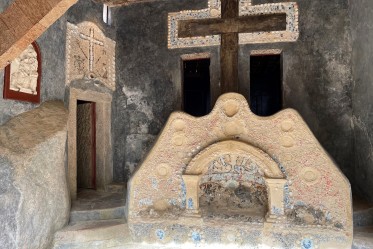 The Capuchos Convent, also known as the Cork Convent or the Convent of the Holy Cross of the Sintra Hills, was built in 1560.