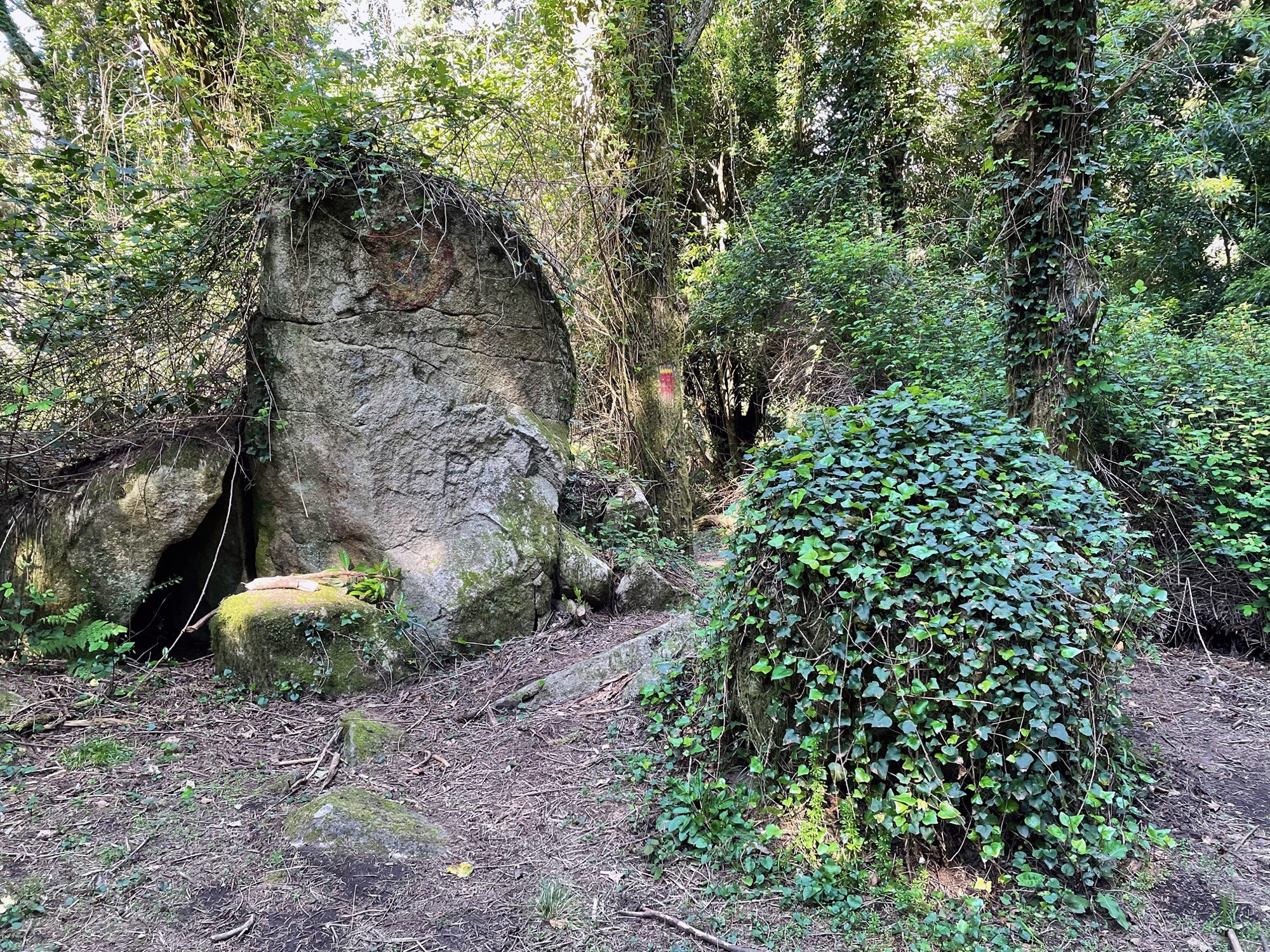 “I had no expectations, or, rather, I had very low expectations. The roofless megalithic site had been neglected for decades, and I had seen recent photos (April 2022) showing that it was now in a state of even worse disrepair. But I wanted to see it, so I hiked a mile uphill through the so-called Fairy Forest. Just as I suspected, the tholos was a jumbled-up mess, partially covered with white and black plastic tarps. Then I noticed something else. The top of the large upright stone in the chamber was surrounded by a faint halo, as were two large horizontal slabs along the edge. I ‘centered’ myself and felt into the space. It was full of bright, expansive energy, so powerful that it almost took my breath away.” —Elyn

Originally discovered in 1878, the Tholos do Monge is an approximately 4,500-year-old megalithic structure, located at the third-highest elevation (491 m/1610 ft) on the Serra de Sintra, the Monte da Lua. It is in a dominant position on the ridge line of the mountain. The tholos is near the Capuchos Convent, hence its name, “Monk’s Tomb,” although no monks were buried there. 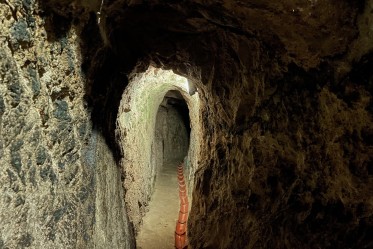 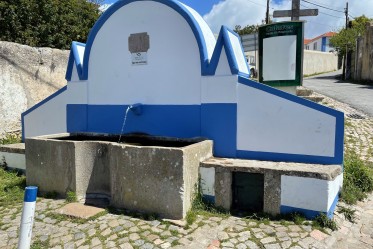 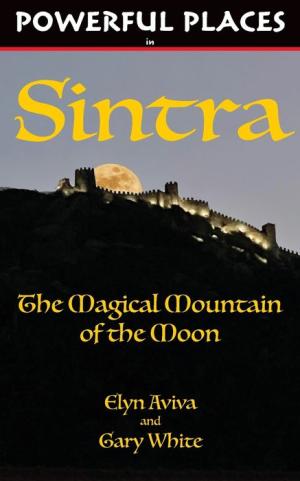